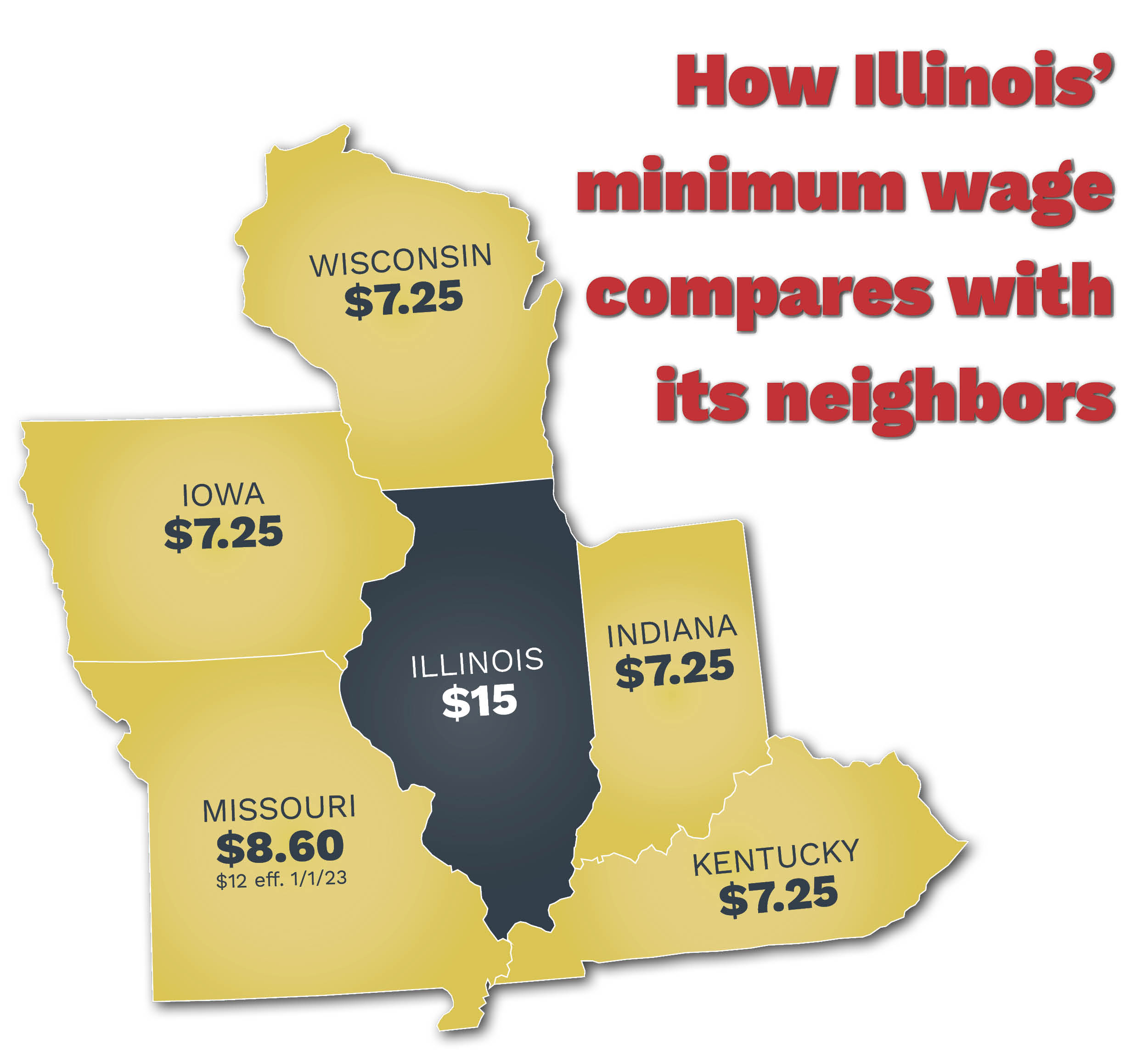 “There is a myth that small business owners are millionaires,” said Weber. “Maybe some are wealthy, but the vast majority, are far from it. I have been in contact with a wide variety of employers including community colleges, daycare centers, catering services, landscapers, lawncare, restaurant owners, etc. These and many others, offer entry level positions and operate on fine margins. Even a minor increase in operating cost can raise several other costs at the same time. That’s what concerns me so much about Senate Bill 1. This isn’t just a small increase, it’s a drastic increase that raises costs across the board, but it does nothing to reduce the multitude of other costs Illinois puts on the backs of small business.

“Most small businesses work very hard to pay their employees a decent wage and strive to reward their hard work. If business is slow, it’s usually the owner who takes a hit so employees don’t. Particularly the smallest businesses who only have five or ten employees. In the case of Senate Bill 1, it’s going to raise costs so much and so quickly for so many small businesses in my district they won’t be able to manage the extra costs. I’m worried about our local employers who are panicking they will have to cut services, reduce hours or lay off employees to stay open. When that happens, the people who this wage hike is meant to help, end up suffering the most.”

Weber also pointed out that for a small business like his, worker’s compensation alone is about 1/5 of wages, one of the most prohibitive cost drivers to increasing wages. Illinois has the highest worker’s compensation cost in the Midwest and would now also have the highest minimum wage, as well as already having the highest overall business and personal tax burden in the Midwest. All of which will further exacerbate the ongoing outmigration affecting Illinois.