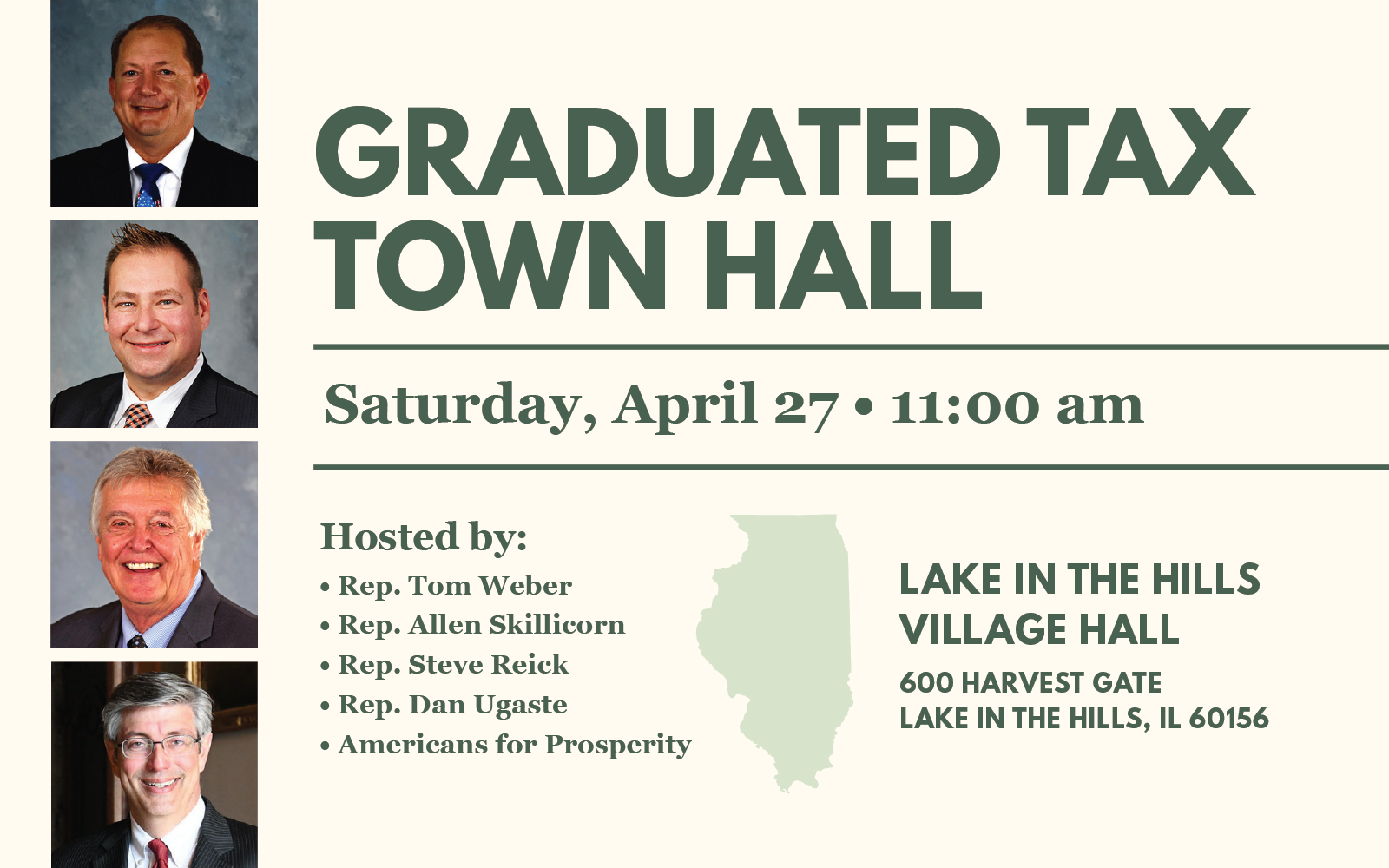 A group of northwest suburban lawmakers are coming together on Saturday, April 27 to host a town hall meeting on Governor JB Pritzker’s graduated income tax proposal, which seeks to permanently remove the flat income tax guarantee from the Illinois Constitution.

Representatives of Americans for Prosperity, a not-for-profit organization that studies Illinois’ most pressing issues, will join the legislators at the meeting. An informational presentation will be followed by a Question & Answer session.

“The current structure of the state constitution acts as a safeguard against large income tax increases,” said Rep. Weber of Lake Villa. “Although the graduated income tax is being sold as only affecting the wealthy, the legislation being proposed to change the constitution offers no protection for middle class families and small businesses. That’s very worrying. If recent history is any indication, making it easier for Springfield to increase taxes on a whim is not a good idea.”

“The ruling party in Springfield raised taxes in 2011 and again in 2017, and promises were made on both occasions that the new revenue would address Illinois’ financial problems,” said Rep. Skillicorn of Crystal Lake. “In spite of the tax hikes, our debt is higher than ever. Rather than taking steps to control spending and grow our economy, Illinois Democrats just want to keep raising taxes on Illinois families.”

“Hearing feedback from our constituents on big issues like this tax hike is essential, so we as lawmakers can appropriately represent their voices in Springfield,” said Rep. Ugaste of Geneva. “I have grave concerns about this tax and the impact it will have on businesses and hardworking residents. This event will be a great dialogue to address every concern our constituents have.”

“This proposal is being pitched as a plan where only the wealthiest Illinoisans will pay more,” added Rep. Reick of Woodstock. “The key to this proposal is not the introductory tax rates; but rather the permanent removal of the flat tax guarantee that helps keep income taxes and spending in check. If approved, moving forward it will be much easier for lawmakers to increase rates as needed to fund their reckless spending.”