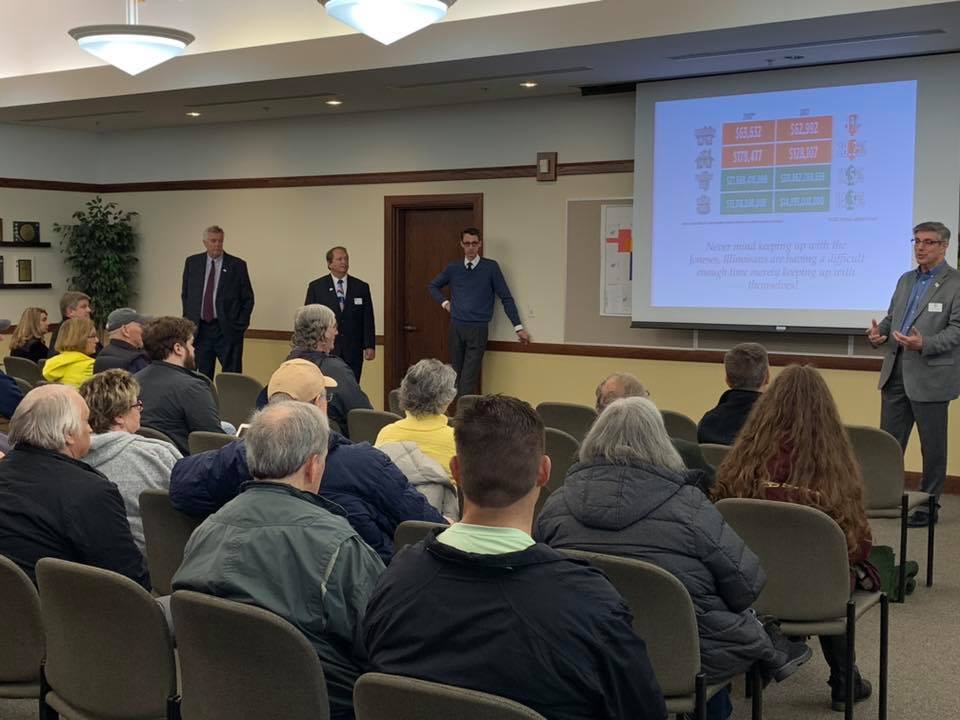 The graduated income tax proposed by Governor JB Pritzker would enable future governors of Illinois and Illinois General Assemblies to enact any tax rate they want upon any specific slice of Illinois taxpayers.  The authors of the Illinois Constitution of 1970 included specific ironclad language in that document that requires all income taxes imposed upon individuals to be at a single, flat, fixed rate.  It is this provision of the Constitution that the proposal would repeal.

Repeal of the proposal will open the door to an immediate, multi-billion-dollar Illinois income tax increase, to be followed at frequent intervals by further increases as advocates take advantage of the opportunities created by the new law to maximize State revenue.  Nothing in the 2019 income tax proposal takes any steps to reduce government expenditures, reduce the costs of State-managed pension plans, or save money in other ways.

House Republicans are taking the lead in opposition to this tax proposal.  HR 153 states the unanimous opposition of the House Republican Caucus to any proposal in Springfield to allow the creation of a graduated income tax in Illinois.  In recent days, House Republicans have worked with Illinoisans throughout the State to inform them of this proposal and its threat to the Illinois private sector.  Thousands of Illinoisans have signed our petition against the proposal.