Weber: We write constitutions to restrain the government, not the people 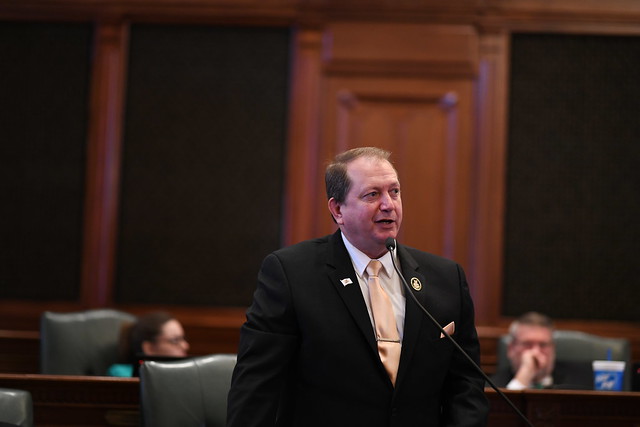 State Representative Tom Weber (R-Lake Villa) issued the below statement following a vote by the Illinois House to ram through a constitutional amendment referendum to remove the flat tax protection in the Illinois Constitution:

“We seem to forget that we write constitutions to restrain the government, not the people,” said Weber. “The flat tax protection does that by forcing state government to do more than simply raise taxes because it treats everyone equally. If we lose that protection and institute a graduated tax, we create an environment of economic class warfare simply to divide people instead of dealing with our problems.

“As I have said before, removing the flat tax protection would be tantamount to a blank check for a state government that has repeatedly proven it is irresponsible. It is a spending problem, not a revenue problem, and you can be sure that once the appetite for spending cannot be satisfied by the ‘rich’, the middle class will see their taxes go up.”