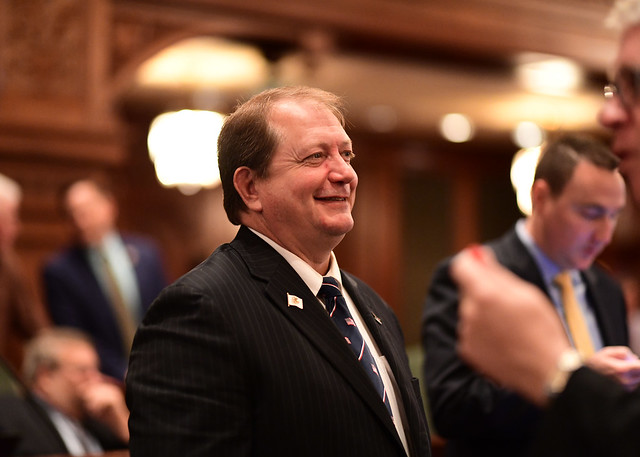 As the end of the spring legislative session nears, legislation sponsored by State Representative Tom Weber (R-Lake Villa) is heading to the Governor for his signature into law. House Bill 3369 allows the Village of Lindenhurst to consolidate the Lindenhurst Sanitary District into the village, subsequently dissolving the unnecessary extra taxing district. The bill passed the House in March and the Senate this month.

When the bill passed in the House Weber said, “One of the reasons property taxes are so high in Illinois is because of the inefficiency caused by having so many extra taxing bodies we don’t need. This is exactly the situation with the Lindenhurst Sanitary District. The sanitary district already contracts with the village to operate and maintain the wastewater treatment plant, so there is no need to have the extra cost and bureaucracy of having a separate taxing district.”

“I want to thank Mayor Marturano, the village and the members of the sanitary board for working with me to bring this legislation forward,” said Weber. “Now that it has passed both houses of the General Assembly I look forward to it being signed into law.”