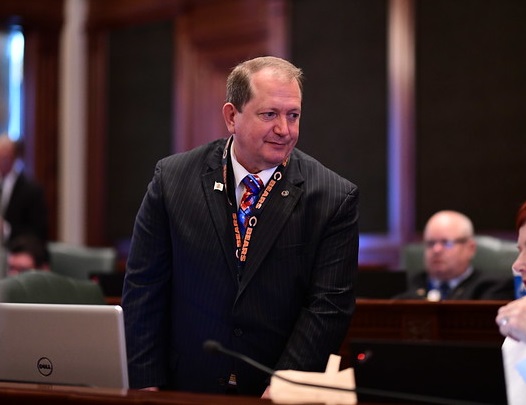 SPRINGFIELD – As Illinois was rocked earlier this week by the news that another state official is being investigated on corruption charges, State Representative Tom Weber (R-Lake Villa) has joined a growing chorus of legislators demanding reform of Illinois’ ethics laws.

“The ever growing stain of federal corruption investigations entangling public officials from Chicago and among all layers of Illinois government has reached an unprecedented level, even by Illinois standards,” said Weber. “The public should be able to expect a basic level of ethical conduct from elected officials, but it’s not surprising hardly anyone does when it seems a new corruption investigation is announced almost every month.”

Even before the news broke that State Representative Luis Arroyo (D-Chicago) had been arrested on federal bribery charges, State Senator Tom Cullerton (D-Villa Park) had already been indicted on 45 counts of embezzlement and State Senator Martin Sandoval (D-Cicero) had come under investigation in a wide ranging federal corruption probe. That federal probe of Sandoval has seen a number of search warrants executed against local government bodies and businesses.

“When Illinois’ ethics laws haven’t been updated in years and the punishment for corrupt behavior is no more than a slap on the wrist, it isn’t surprising this has become the norm in our state, but it shouldn’t be,” said Weber. “The need for reform is urgent, which is why I’ve joined a bipartisan group of legislators in sponsoring overdue reform legislation. If we in the General Assembly can’t take some basic action to stop our own bad actors, then the idea that our government is acting in the best interests of the people of Illinois is a joke.”

As a first step in the ethics reform process, Weber is co-sponsoring House Bill 361 to increase the fines legislators face for engaging in numerus restricted activities and for violations of legislator rules of conduct. In addition, he is co-sponsoring House Joint Resolution 87 to create the State Ethics Task Force. Filed for creation last week, the task force will be charged with identifying areas of concern, reviewing current laws, studying best practices and proposing additional legislative solutions to ensure Illinois is holding public officials accountable for their actions.