Weber on State of the State: Gov. Needs to Act on Property Tax Relief Pledge 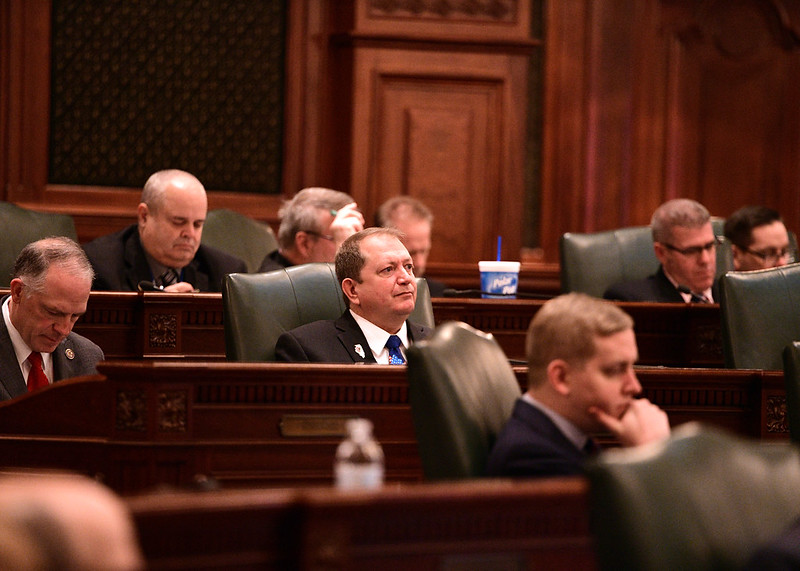 “While I’m glad the Governor reiterated his support for property tax relief, we need serious action, not more talk. The Property Tax Relief Task Force proved a failure because House Democrats arbitrarily dismissed fact-based solutions offered by Republicans. If the Governor uses the power of his office to press Democrats to work with Republicans, there is no reason we can’t get something done.

“I’m also glad the Governor expressed a willingness to take up Republican ethics reform ideas that have so far been dismissed by House Democrats since the fall veto session. I agree, it’s ridiculous that a sitting legislator can also be a lobbyist. However, if the Governor is serious about addressing unethical behavior and corruption, then he needs take a strong stance in support of fair maps to finally put an end to gerrymandering. Nearly 3 out of 4 Illinoisans support fair maps and it needs to get done.

“The pressing issue that I wish we heard more about from the Governor is the unsustainable and unfunded liability of our state pension debt. While the bipartisan work to pass the consolidation of police and fire pensions last fall was a good start, it’s only a drop in the bucket of the larger problem. We need structural reform to the entire system.

“Lastly, it concerns me the Governor didn’t mention anything about reforming DCFS. A recent review of the agency found 123 children died despite contact with DCFS last year, including AJ Freund. We also have 17,000 youth in care and 19,000 former youth in care who rely on the agency for specialized care that are at the mercy of a so far disjointed transition to Medicaid managed care. The care of these children is our responsibility and I’m frankly confused it wasn’t even mentioned by the Governor today.”