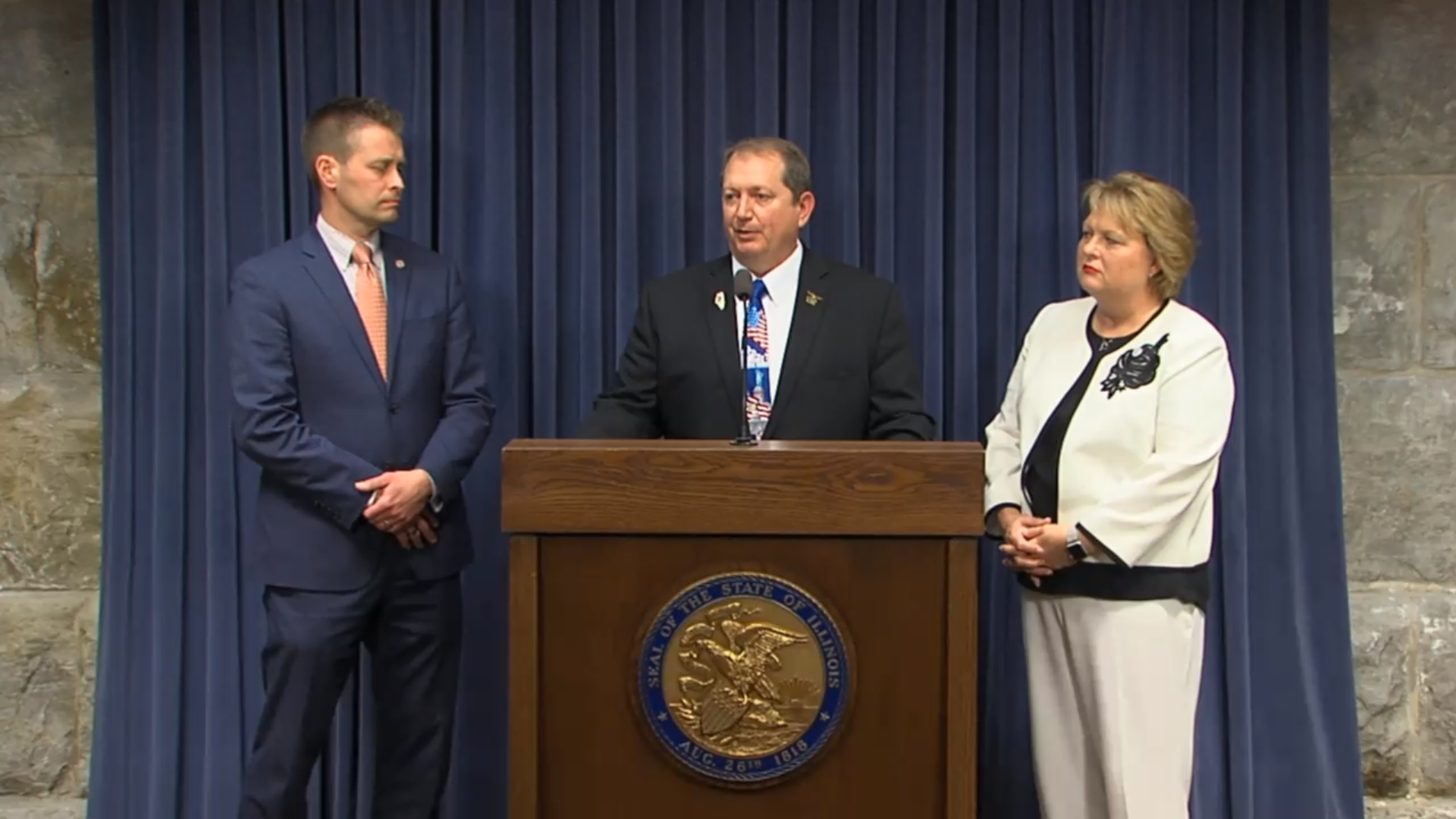 “In April of 2019, one of the communities I represent, Crystal Lake, was rocked by the death of an innocent 5-year old boy named AJ Freund,” said Rep. Weber. “Shockingly, AJ was one of 123 children who were failed by DCFS in 2019. It makes me sick to my stomach to think about and I’m not alone in that feeling. We must change the course of a broken DCFS and that’s why I’ve filed the AJ Freund Act to give local law enforcement the ability to investigate any allegation of child abuse or neglect. If local law enforcement had this investigative ability in December of 2018, when AJ told the ER doctor that his bruises might have been caused by his mother, he may still be alive today.”

As noted, the AJ Freund Act (House Bill 5281) gives local law enforcement the ability to investigate any allegation of child abuse or neglect. Current law exempts most immediate family members or others living in the home of the child from being investigated by law enforcement. In addition to this legislation, Rep. Bryant has introduced House Bill 5417 to fix a training requirement for mandated reporters to include information on the process for reporting suspected child abuse or neglect utilizing the Department of Children and Family Services’ Online Reporting System.

“My colleagues and I are working to reform DCFS to achieve better outcomes for the vulnerable children of Illinois,” Rep. Bryant said. “From improving training, to requiring further investigations in suspected cases of abuse, to the encouraging news that Governor Pritzker wants to increase head count and increase funding for DCFS, I believe that by working together, we can reform DCFS and literally save the lives of abused and neglected children. The death of one child is a tragedy, the deaths of 123 children after making contact with DCFS is an inexcusable crisis that requires our immediate attention.”

Another core component to fixing the process for protecting youth in care must be reform to Illinois’ adoption process. House Bill 2335, introduced by Rep. Sosnowski, seeks to reform state law to prevent the distress caused by overturned adoption cases.

“Making Illinois a national leader on adoption issues can and should be a bipartisan priority,” said Rep. Sosnowski. “Specifically, we need to reform state law to safeguard children and adoptive parents from the emotional distress and financial expense that comes from the threat of courts seeking to overturn a final order of adoption granted by DCFS. I have filed legislation to protect adoptive families in this way.”

In addition to the legislation discussed by the members, House Bill 4832 to address unfounded cases of neglect or abuse and House Bill 4886 to create a county run DCFS pilot program has also been introduced by members of the House Republican caucus.