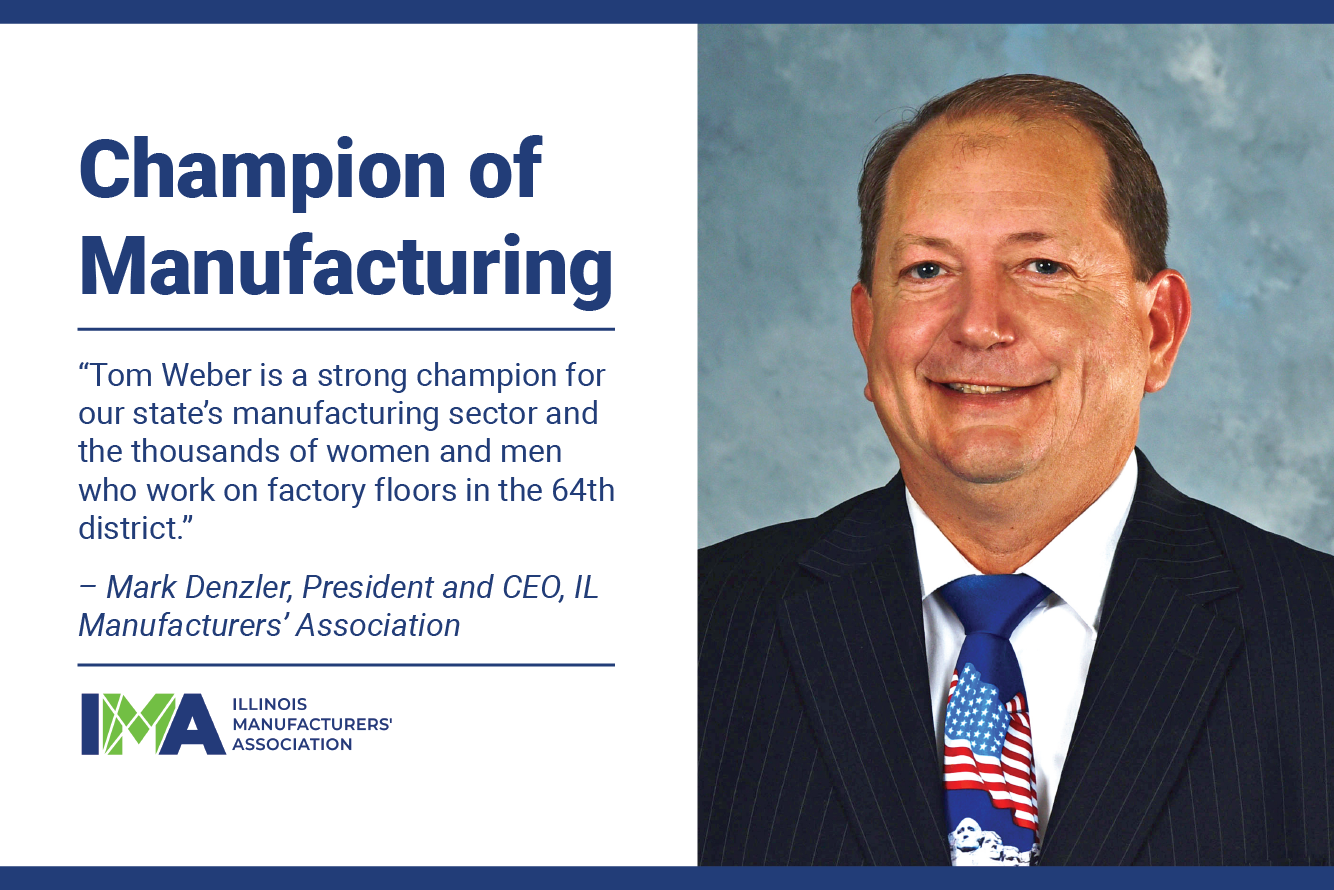 State Representative Tom Weber (R-Lake Villa) has been named a “Champion of Manufacturing” by the Illinois Manufacturers’ Association (IMA) for his votes that impacted the manufacturing sector in 2019-2020.

Illinois Senators and State Representatives were scored on their votes on 34 different bills that were brought forward during the 101st General Assembly, and those receiving a score of 80% or higher received the award. Weber received an 88% rating on the IMA legislative report card.

“The best way to improve Illinois’ financial standing is to support those who create jobs and drive our state’s economy,” said Weber. “Job growth is the easiest way to provide overall tax relief to Illinois’ citizens, and it is an honor to be recognized for my work in this area.”

Upon announcing the award recipients, IMA President & CEO Mark Denzler said, “Tom Weber is a strong champion for our state’s manufacturing sector and the thousands of women and men who work on factory floors in the 64th district. As a first-term legislator, he understands the importance of a strong manufacturing economy. He supported the reinstatement of the Manufacturers Purchase Credit, the elimination of the Corporate Franchise Tax and the creation of the Blue Collar Jobs Act, which collectively resulted in a $300 million tax cut for employers. He also voted against several costly and burdensome taxes and regulations.”

The IMA is a not-for-profit trade association for Illinois manufacturers. Founded in 1893, it is the oldest and largest statewide manufacturing trade association in the United States. The IMA’s mission is to strengthen the economic, social, environmental and governmental conditions for manufacturing and allied enterprises in the state of Illinois, resulting in an enlarged business base and increased employment.