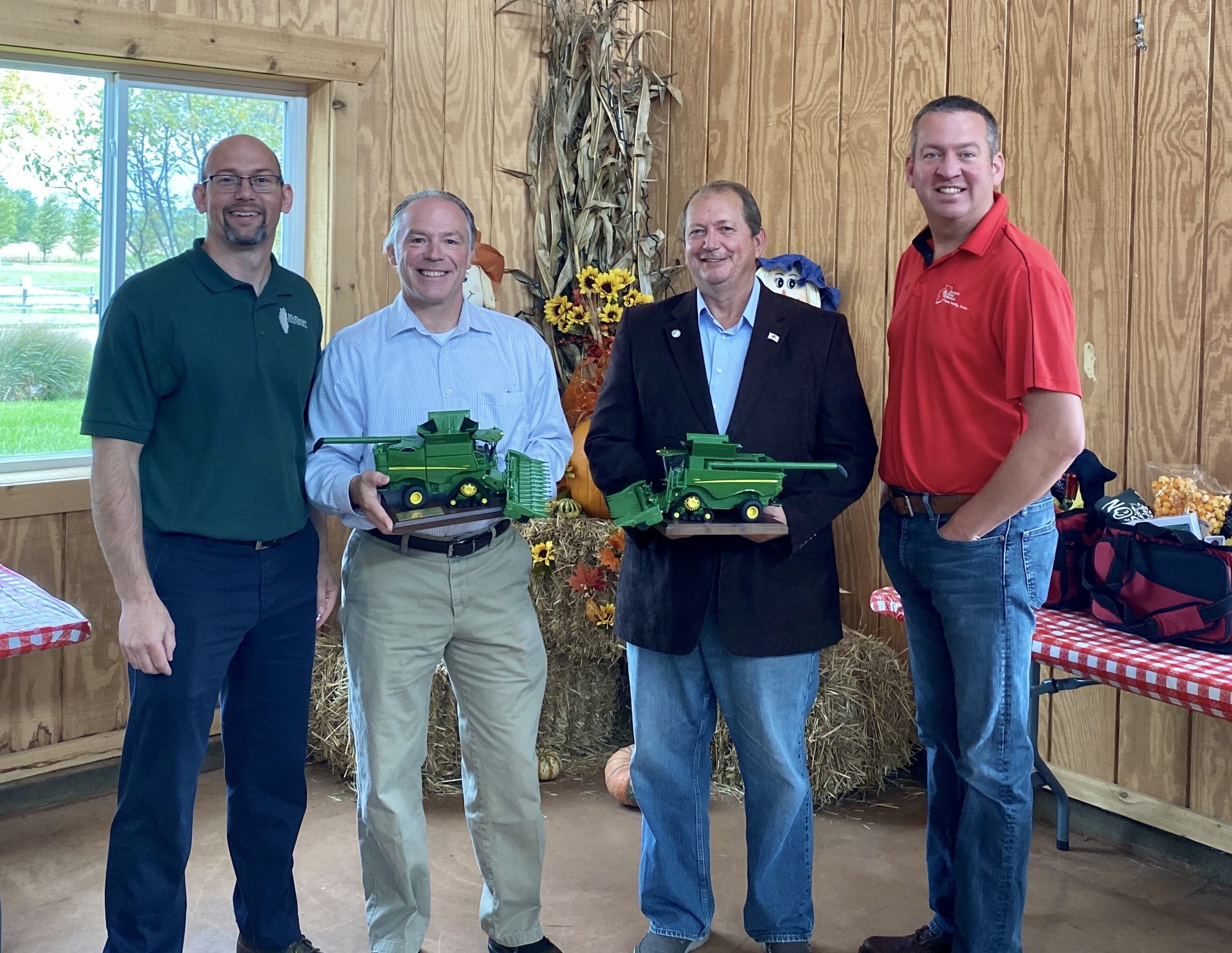 In recognition of his advocacy in Springfield on behalf of Illinois’ farmers, State Representative Tom Weber (R-Lake Villa) has been named a “Friend of Agriculture” by the Activator Program of the Illinois Farm Bureau. Rep. Weber received a 100% score for votes taken in 2019-2020 that affect the agriculture industry in Illinois. Greg Koeppen, Executive Director of the Lake County Farm Bureau, and Dan Volkers, McHenry County Farm Bureau Manager, presented the award to Rep. Weber at the Richardson Farm in Spring Grove.

“It is an incredible honor to receive this award from leaders from the Lake and McHenry County agricultural community, and very fitting that this award is being received at the Richardson Farm, one of northern Illinois’ most famous farms- known for it’s corn maze and Christmas trees,” said Weber. “Efforts that support agriculture are very important in Illinois, and as a legislator I am committed to helping farmers with their goal of improving food production practices and ensuring a plentiful and safe food supply.”

The award was based on each legislator’s voting record in the 101st General Assembly on issues facing the farming community. There were 11 bills considered under this year’s voting criteria, including legislation on the gas tax, the graduated income tax, and legislation affecting ethanol plants and the department of labor.

Legislators receiving this award recognize the far-reaching benefits of Illinois’ agricultural products and the important role farmers play in providing quality food, fiber and fuel for the state, nation, and world. In existence since 1014, the Lake County Farm Bureau is one of the oldest bureaus of its kind in the United States.