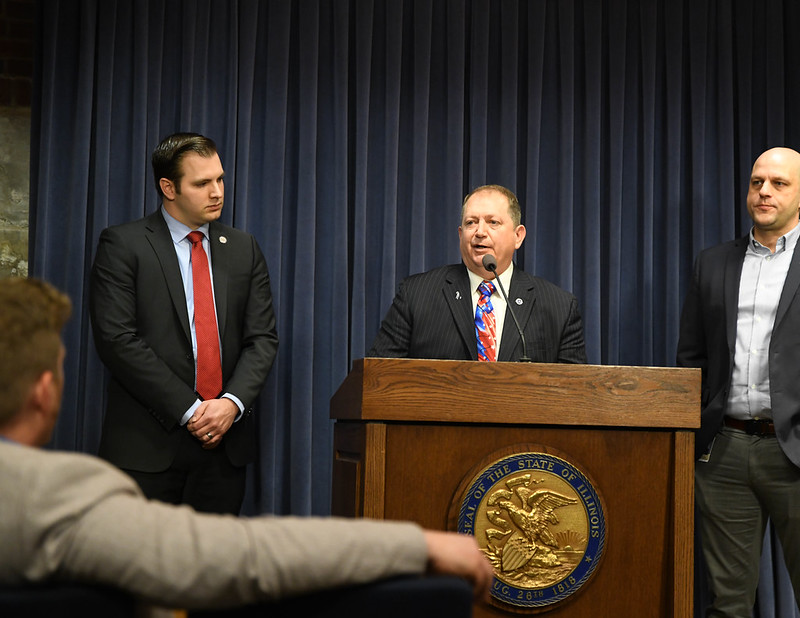 State Representative Tom Weber (R-Lake Villa) has filed a House Resolution calling for a comprehensive performance review of the Department of Children and Family Services by the Illinois Auditor General to address child deaths and contempt orders against Agency Director Marc Smith.

“After three years DCFS administrators and the Governor need to take some responsibility for the state the agency is in,” Rep. Weber said. “DCFS’s annual funding has increased hundreds of millions of dollars since FY19. What do we have to show for it? Eight contempt of court orders and more senseless child abuse deaths.”

“The Illinois legislature needs to step up our oversight and an independent performance audit is needed because we cannot rely on the documents and words of agency administrators defending its own actions better than the children in its care.”

House Resolution 824 directs the Illinois Auditor General examination to include, but not be limited to:

·         The nature of changes made by the department in operating protocols and staff training intended to prevent further deaths of DCFS involved youth, better serve the best interests of system involved youth, and prevent any unnecessary stays in psychiatric facilities and temporary shelters

·         The nature and extent of monitoring conducted by the department to determine whether the improvements, safeguards, and protocols in place are effective to ensure the safety of children in care

“When we have caseworkers who say they feel they aren’t getting enough support from DCFS administration and that there are too many bureaucratic employees at the expense of not enough frontline employees, it’s no wonder we have problems,” Rep. Weber continued. “If DCFS has been doing everything in its power to help caseworkers and children as they’ve claimed and been court ordered to, then they should welcome this performance audit with open arms as it will vindicate them. However, I suspect this audit will uncover mismanagement and poorly allocated resources, which is why the legislature needs to step up and demand it.”

Rep. Weber concluded by saying, “April 15th is the 3rd anniversary of the death of AJ Freund. I’ve been fighting for changes at DCFS for three years and Governor Pritzker has been giving empty promises of change for just as long. Enough talk. Action starts here.”